I got my first computer in 1996 before I started my graduation. It was a Pentium 4 DX2, a locally assembled (non branded computer), and the first two games that I start playing was HEROS-2 and CAESAR-II. Well, this was far before I started my career in the geospatial domain. Interestingly, these games’ concepts and features are still not implemented in the real world, although the technologies are now mature enough, and the potential is there.

In this post, I will correlate the features from one of those games, i.e., CAESAR-II, with the possible innovation in the real estate industry and how it can benefit the end-users in making the perfect choices for their living locations.

It was a second version of the city building game launched in 1995 related to Ancient Rome. It’s the second game in the City Building series.

In this game, you have to build your city from scratch and take care of town planning aspects to make sure the citizens become happy and wealthy, and you eventually able to collect more taxes to win the game.

The Geospatial Analytics Feature of the Game:

One of the game’s several challenges was to place your houses and other building at the right place, and the game was offering several heat maps to understand the strong and weak zones in your game town to make a right decision to place the next building.

These heat maps are dynamically produced based upon the nearby facilities and negatively hit by the nearby industries. Obviously, there must be several factors and formulas being used to create better heatmaps.

Interestingly in today’s digital era, hundreds of websites help people find their next house, plot, hotels, and huts, and they still only provided how far the location is from important Point of Interests (POI). And the heatmap, as I mentioned above, is not so visible so far.

Even the more improved version of the same features would be the personalization of situation awareness based heatmaps. For example, you may provide your kids age, and the heatmap could be dynamically produced to fit scenarios that best for your demographic.

Some of the heatmaps I could recall from the game and based upon my experience as I have already used several websites to find properties for myself in several locations.

Several websites that already sell and rent the property or have the market place to connect agents with the customers should have excellent data that could be transformed into heatmaps by adding the geospatial element and then generalizing the scope to each cell.

Some of the websites that research before writing this post, including zameen.com, booking.com, airbnb.com, iProperty.com.my, apartments.com.

PSL Caesar II was a runner-up for Computer Gaming World‘s 1995 “Strategy Game of the Year” award, which ultimately went to Command & Conquer and Heroes of Might and Magic (tie). 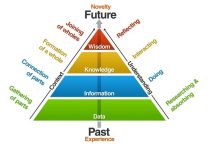